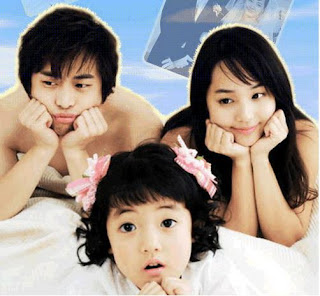 This Korean series is my favorite . I likes kid and man leading actor : Han Seung-Wan (Aacted by Kim, Jae-Won) I think his character like Diya at Parfait tic (Japanese comic).
Next time : I will show picture comparison between Diya and Kim, Jae-Won . If you want to look please post your comment to me.

Wonderful Life (Hangul: 원더풀 라이프) is a 16-episode South Korean television drama broadcasted by MBC in 2005 and ABS-CBN in April 2006 in the Philippines as primetime series.

The story of Wonderful Life follows the exploits of Han Seung Wan (Kim Jaewon). During a trip to Singapore to meet his girlfriend, Lee Chae Young (Han Eun Jung), he bumps into a young woman named Jung Se Jin (Eugene) at the airport. They accidentally swap their passports, which leads Se Jin to track Seung Wan down at the address pasted in his passport. She meets a man, Min Do Yun (Lee Ji Hoon), who kindly gives her a piggyback ride to the apartment. When they meet again in Chae Young's apartment, they exchange passports, on the condition that Se Jin helps Seung Wan track down his missing girlfriend. They discover Chae Young playing around with Do Yun, the two of them having met in Australia, much to Seung Wan's surprise. Depressed that his girlfriend is now spending time with Do Yun, Seung Wan turns to Se Jin for comfort. The duo drink too much, resulting in a one-night stand in the Sentosa hotel.

Being a devout Catholic, Se Jin asks Seung Wan to take responsibility for his deed. The immature Seung Wan leaves her, both returning home to Korea at an earlier date than scheduled. They move on with their lives until Seung Wan is thrown out by his father for spending too much money on liquor. With nowhere else to go, he contacts Se Jin for help.

Se Jin agrees to help him earn money to pay back his father, but is shocked after being introduced to his brother and sister-in-law at her job (she works in an amusement park-like resturant, where she agreed to let Seung Wan work as well), who lead her to realize that her increased appetite and vomiting as of late are symptoms of pregnancy. Disguising herself in a red wig and skin-tight dress, Se Jin visits the pharmacist to buy a pregnancy test kit, only to run into Do Yun. While trying to escape, she twists her ankle, and Do Yung again gives her a piggyback ride home.

A year later, Se Jin's nosy sister presents the baby, Shin Bi (Jung Da-bin), to her biological father. Seung Wan and Se Jin decide to get married for the baby's sake, but draw up a list of rules that they must abide by, including the possibility of divorce in five years time. Although the couple suffers extreme financial difficulties, Seung Wan takes a job in his father's construction business to support the family, but is forced to leave for military service shortly thereafter.

Upon his return, the reunited Seung Wan and Se Jin face new challenges. While the former juggles chores due to his continuing studies to be a pilot, the latter struggles to find employment in a job market that discriminates against her for being a mother. Ultimately, however, Chae Young gets her an interview at the Kidsbear company where she works, though her assistance hides jealous intentions; aware of Do Yun's feelings for Se Jin, Chae Young plots to regain her former boyfriend by breaking up the family. Se Jin is hired by Kidsbear despite verbal attacks on the department store's CEOs, but she and her husband must deal with constant relationship problems brought on by Chae Young's interference.

While much of the series is consumed by the interactions of the four principal characters, the final stretch of Wonderful Life proposes an ultimate test to Seung Wan and Se Jin's roles as parents and judges whether or not the decisions they made in the past were truly correct, questioning the morality of their actions. Shin Bi is diagnosed with leukemia, and her parents are cursed to hardship in searching for a viable bone marrow donor.


People like to say, “Love knows no national boundaries or age.” “Love is fate.” or “Love has the power to overcome all difficulties.” However, what is the ultimate stage of love? Marriage? This could sound ridiculously old-fashioned, especially to the younger generation. They still fall in love of course, but becoming a part of a system such as marriage can be troublesome, at best. And its responsibility is bothersome, as well. Most of all, it’s unimaginable for many young people to give up their dreams for love and marriage. Put in a nice way, they are very practical, open-minded and liberal about their love life. However, they are selfish about love at the same time. They are the generation of instant gratification. They still fall in love, but they refuse to give up their free life styles. They still get married, but they don’t give up their careers. Their love life is just a personal choice, and they strongly resent being judged by other people’s standards of right and wrong. However, with love comes responsibility. Loving someone is about being responsible for your own feelings and your own decisions. Loving someone is agreeing to take responsibility for yourself and the person you love. is the story of two young college students (played by Kim Jae-won and Eugene) who accidentally become parents because of the one-night stand they had during vacation. They then get married. These young and inexperienced parents will show you what true love really means and how they become more mature by overcoming life’s difficulties together and how they complete their love. 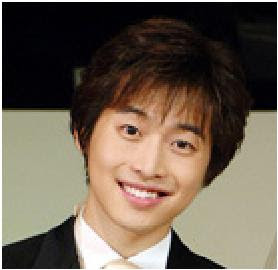 Han Seung-Wan (Aacted by Kim, Jae-Won)
He's young and immature. He's a party animal. He's a very moody person. He's a frequent patron of the dance clubs around town. He's always welcome because he knows how to have fun. His father owns a mineral water company. He's handsome and cool, so he's popular everywhere he goes. And he secretly enjoys the fact that he's popular. He believes that women can't help but loving him. He has the characteristics of Don Quixote and Peter Pan at the same time. He majors in aeronautics. After graduation, he becomes a co-pilot for Sky Castle Airlines. His first love is Chae-young. He goes to Singapore to see her, but he meets Se-jin there, instead. When he first meets Se-jin, she's heartbroken because of her previous relationship. He just wants to make her feel better. He finds her cute. It must be the moonlight, or the wine or the music. At any rate, he always does as he pleases. But he becomes a father at the age of 21! His own father gets furious and orders him to marry Se-jin. He's about to be kicked out of the family. He doesn't have any other choice. He gets married. But he didn't legalize the marriage. He lives on the money that his father sends for the baby. He dreams of getting divorced once his daughter gets old enough to go to a daycare centre. He still thinks about his first love, Chae-young. To him, meeting Se-jin was the worst thing that ever happened in his life. He would do anything it takes if only he could go back in time and fix everything. However, his daughter seems to be the cutest child in the world. He didn't even dream that he would learn love from this little girl.

Jeong Se-Jin (Acted by Eugene)
She's very unique. She's outgoing and adventurous. She's a dreamer. She's curious and stubborn. She loves traveling and reading. She sometimes sets up a tent in the room and reads a book with a flashlight. And she likes to drink coffee in her favorite camping cup. She became a catholic after reading The Keys to the Kingdom by A.J Cronin. It's not easy to imagine her as a serious catholic because of her unusual personality, but she is. She wanted to be a diplomat, but she ends up getting a job at a travel agency. She has a daughter and a husband. She unexpectedly gets pregnant while traveling as a college student. She can't give up the baby since she's a catholic. She decides to raise her baby by herself, but she gets married, thanks to her sister's plan. Her life becomes gloomy. Her married life isn't anything like she expected. It's a war. She and her husband keep fighting and ignoring each other. He even brings his girlfriend home. She doesn't have any fun in life anymore. One day, a new neighbor, Min Do-hyeon moves in. Little by little, she becomes attracted to him. But he's an old friend of her husband's. Nothing seems to go well in her life.

Min Do-Hyeon (Acted by Lee, Ji-Hoon)
He's such a gentleman with good manners. He always seems neat and refined. He doesn't talk much. But he knows how to be terse and quick to the point. He's been successful throughout his life, but he's not interested in competing with others. He's very cynical; nothing really matters to him. He detests people who are obsessed with success and struggle to win. Nevertheless, he always wins and gets what he wants. He's the type of person that average people love to hate. He's the lovechild of the late founder of Sky Castle Airlines, Min Dae-seok. His biological mother died a long time ago. He was adapted and raised by Jang Eun-jo, the wife of Min Dae-seok. Very few people know about his family background. The relationship between Min Do-hyeon and Han Seung-wan is very unusual. While Seung-wan is very conscious about Do-hyeon and considers him a rival, Min Do-hyeon doesn't seem to care so much. Do-hyeon just enjoys Seung-wan's challenge. Seung-wan's girlfriend, Chae-young is interested in him. He's also attracted to her. But Chae-young goes back to Seung-wan all of a sudden. He feels betrayed and lost for the first time in his life. He realizes that Se-jin is heartbroken as well because of Chae-young. He develops a friendly feeling toward her.

Lee Chae-Young (Acted by Han, Eun-Jung)
She's gorgeous, proud, sexy and arrogant. But sometimes she can be quite naive and sweet. She's very good at changing herself to fit the way she wants other people think of her. No one doubts that she comes from a decent family and has a good education. However, in reality, she knows pain and sadness in life more than anyone. Her mother was the mistress of a Japanese businessman. She's ashamed of her background and tries to escape from it. She hasn't experienced any financial difficulties until her father abandoned her mother and her. Her mother went to Japan to look for her father only to realize she'd been dumped. Her mother opens a bar in Japan and lives there. Chae-young believes that it's good for everyone. Her mother was a part of her life she wanted to hide anyway. Now, she's making up her new life story as she goes along. She thinks marrying a decent man from a good family will provide what she doesn't have and complete her life. Now, she's looking for the man who can bring her everything she dreams of. For her, finding a perfect man is like shopping. You keep looking until you find exactly what you want. She doesn't mind being a two-timer if necessary. She has Seung-wan and Do-hyeon wrapped around her little finger. She introduces herself as a daughter of a successful businesswoman in Japan.