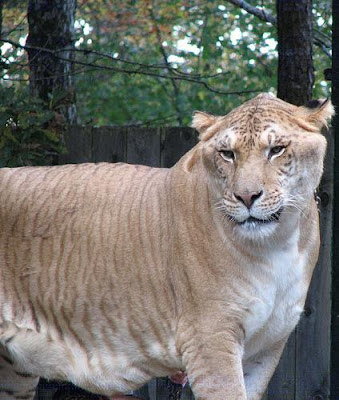 Liger / Tigon
The liger is a hybrid cross between a male lion and a female tiger. It is denoted scientifically as Panthera tigris Panthera leo. A liger resembles a lion with diffused stripes. They are the largest cats in the world, although the Siberian Tiger is the largest pure sub-species. Like tigers, but unlike lions, ligers enjoy swimming. A similar hybrid, the offspring of a male tiger and a female lion is called a tigon. 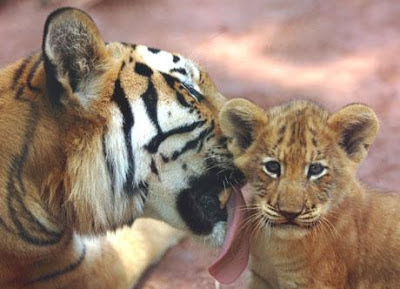 Rare reports have been made of tigresses mating with lions in the wild. Under exceptional circumstances it has been known for a tiger to be forced into ranges inhabited by the Asiatic Lion, Panthera leo persica; however, this combination of species in the wild is considered highly unlikely. The present-day ranges of wild lions and tigers no longer overlap. 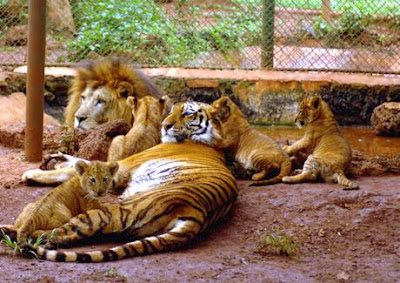 on November 18, 2007
Email ThisBlogThis!Share to TwitterShare to FacebookShare to Pinterest
Labels: animal, Liger/Tigon, Movement of the World